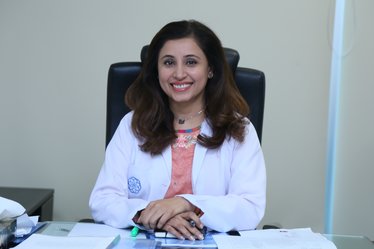 She is a fromer Assistant Professor of Neurosurgery at the Aga Khan University Hospital, Karachi, Pakistan. She is a Diplomate American Board of Neurosurgery and was a former faculty at the Saint Louis University, Missouri. She is the first US trained female neurosurgeon of Pakistan.

She graduated from Dow Medical College, Karachi, Pakistan and then completed a post-doctoral research fellowship in Neurosciences, followed by Neurosurgery residency training at State University of New York (SUNY) at Syracuse. Her next challenge was to work with the renowned endoscopic neurosurgeon, Dr. Charlie Teo in Sydney, Australia and completed a fellowship in minimally invasive cranial surgery.

She also completed a second fellowship in open skull base and vascular disease with internationally acclaimed neurosurgeon, Dr. Saleem Abdulrauf. Her principal interest is to find novel ways to use endoscope for brain tumor resection and has authored three book chapters and several publications on this topic. She was also a teaching faculty for the surgical anatomy courses for senior neurosurgery residents, medical students and high school students in the US and continues to teach endoscopic and skull base courses in Pakistan and abroad. She has received the teaching and humanitarian award at SUNY Syracuse and Outstanding Young Alumnus Award by Dow Graduate Association of North America.

She is a member of the Congress of Neurological Surgeons (CNS), Walter Dandy Neurosurgical society and American Association of Neurosurgeons. She also pioneered the Women in Neurosurgery (WINS) chapter within the Pakistan Society of Neurosurgeons (PSNS) and is an avid speaker at local and national conferences on women empowerment. She spends her spare time volunteering at charity clinics for the poor and underserved people of Karachi.

Association of Physicians of Pakistani Descent of North America (APPNA)

only Committee member for the International Division (ID) of Congress of Neurological Surgeons.